GDTech loves Salem, Oregon. Not only is it where our headquarters is located, but it is simply a great place to live. When it comes to advertising with outdoor LED signage, though, only a few local businesses have decided to take the leap.

In spite of the small number of digital signs found in Salem, there is evidence that Salem presents a great opportunity for adopting LED.

Here are some of the top reasons why LED signs work for advertising in Salem:

This year, the state of Oregon was ranked third in the nation for being environmentally friendly. The Energy Trust of Oregon helps Oregonians have access to renewable energy and promotes efficient energy use throughout the state. It is obvious that conserving energy and caring for the environment is something Oregon, and Salem, is passionate about.

In the past, advertising with LED may not have been seen as an environmentally-friendly technology. However, as technology continues to develop, LED signs are becoming more energy efficient, also making them more cost-effective than other digital advertising methods. GDTech is passionate about saving customers money on energy costs, offering the most energy efficient sign on the market.

Who says that the high-tech companies have to be limited to Portland? Although much of the focus of the tech industry is focused in Hillsboro, Wilsonville, or Beaverton, the Silicon Forest – the name used to refer to the tech companies located in an around Portland, can actually refer to all of the Oregon tech companies.

The tech industry has been a little bit slower in moving down I-5 into Salem.  This emerging market gives early adopters of technology trends, like businesses utilizing LED signs, the chance to make an early impression before the market becomes overly saturated.  With that in mind, GDTech is pioneer in the early LED scene of Salem, offering the best deals on LED technology with 11 unique patents. 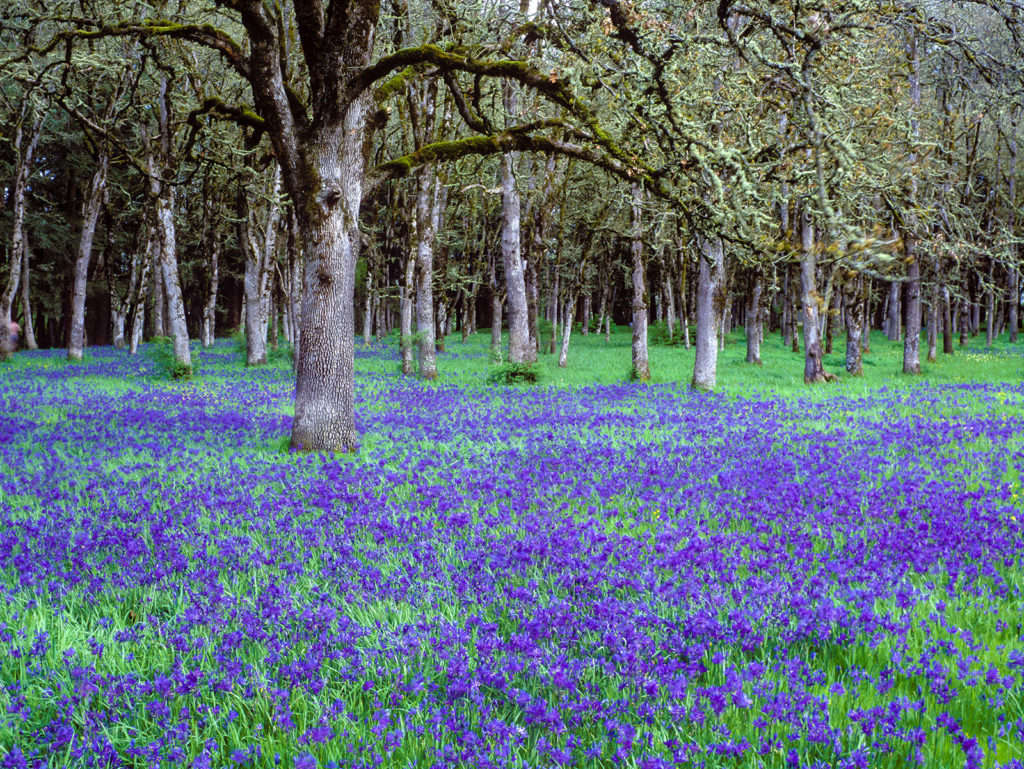 With events like the Salem Art Fair and the Salem Theatre Festival, an amusement park like the Enchanted Forest, and places like the Gilbert House and Bush Barn Art Center, it is obvious that Salem is a city that values creativity. At GDTech, we are passionate about creativity. This is because LED signs give you the versatility to choose an image to display your company’s business and message in whatever creative means you want, and to change your message on a whim.

The market for outdoor LED signs is growing – in fact, it’s forecasted to be a $12 billion industry by 2022. Salem is posed to be a great fit for taking advantage of this opportunity because of its environmental focus, proximity to tech giants in the Portland area, and its creative nature. All Salem needs is a few businesses willing to make the leap into LED signage with GDTech. 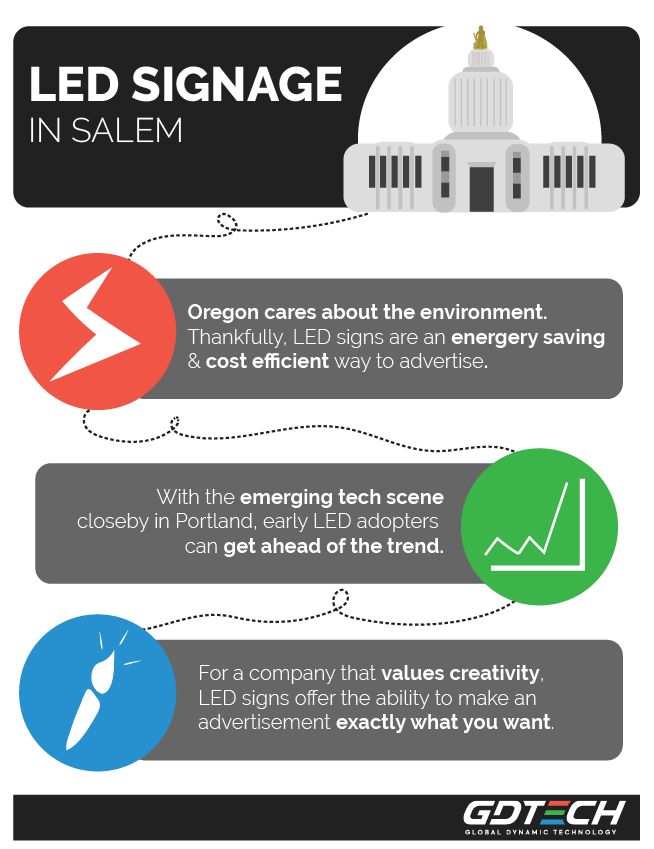